The Power of Colour

How online shopping can keep business active during the pandemic

You may not notice the impact of colour, and the power it has on the human brain, until you really start to think about it.

It’s been a crucial tool throughout human history, stemming all the way back to cave drawings, when certain colours were used to emphasise danger or reverence. 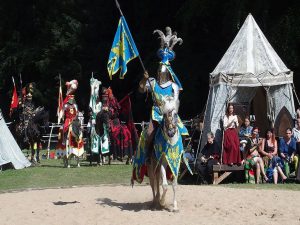 Jump forward a few millennia to the coats of arms and heraldry of the medieval ages, essential in helping illiterate soldiers know whose side they were on in the heat of battle.

Now, let’s look at it from a marketing sense. Here’s a quick test for you. What’s the first brand you think of when I describe the following:

If your answers were Coca-Cola, McDonald’s and Facebook, welcome to the power of colour. You could do this with so many more too. And the choice of colour those brands settle on is by no means a random or arbitrary one.

Want to know why the Facebook and Twitter icon is blue? Well, there’s a good chance it is because blue is the best-liked colour across sexes, according to a YouGov study from 2015.

Of course, the particular shade of blue is important. Google spent years researching different shades of blue for its search results online. 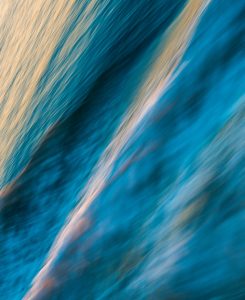 That’s what Google UK’s managing director, Dan Cobley, claimed was the result of this study at an event in 2014, according to The Guardian.

“We saw which shades of blue people liked the most, demonstrated by how much they clicked on them. As a result we learned that a slightly purpler shade of blue was more conducive to clicking than a slightly greener shade of blue, and gee whizz, we made a decision.

“But the implications of that for us, given the scale of our business, was that we made an extra $200m a year in ad revenue.”

So, if blue was settled on because it was so popular amongst both sexes and elicited thoughts of ‘sky blue thinking’, you might be wondering, “what’s the logic behind others?”

Well, never fear, we’ve looked some of it up for you! Voila: 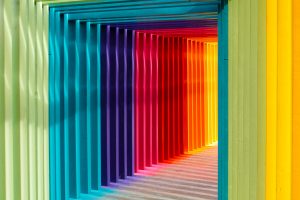 Now think of some of your favourite brands and match them up against their choice of colours.

Coca-Cola: appetite and impulse buying seems like a solid start for a beverage product

Starbucks: calming, and the wealth aspect making you think quality, seems like an ideal matchup for your morning coffee

McDonald’s: Happiness and fun? Match that up with the red background creating appetite and no wonder folk of all ages (including this writer) can get a tad excited thinking of a ‘maccies’

Ralph Lauren/Chanel/Calvin Klein/Dior/Gucci: Black… We reckon you’re starting to get the idea.

So, if we accept that colour has power, and that a combination of a finite few of the millions out there can be hugely important for a brand, how can you use that?

Firstly, you must figure out what emotions/reactions you’re hoping to get from a customer when they see your brand. If you want to give the idea that you’re selling a communication product for everyone, you probably shouldn’t settle on black, the colour of exclusivity and luxury.

Blue on the other hand, creating thoughts of integrity, trust and communication would be ideal… Almost as if ALTER and Alcatel did it on purpose with The People’s Champion campaign!

It’s important to not solely focus on what the colour makes people think, but also how it will look when competing for attention at the point of sale.

When looking in a Carphone Warehouse or EE, we realised that the use of blue would make Alcatel stand out against others. And what’s more important than owning a colour when you have the opportunity to do so?!

Sure, Samsung use blue also, but as we learnt from Dan Cobley above, the money is in the shades and the lighter vs darker tones mean the two brands stand very apart in store.

For PR agencies working with brands who already own their colour, what’s more important and relevant for us is what to do with their campaigns. Especially, having the courage to depart from the client’s colour when the time demands.

When working with Havaianas on the Havaianas x Arlin Graff IPE campaign, the Havaianas red just wasn’t going to match making a push to support the Amazonian Rainforest.

What would though? Greens, yellows and brown (simplicity and stability) would, and they feature massively on the incredible artwork that now decorates the Havaianas building (Read all about that campaign right here).

The messaging was well followed through with the products that were being marketed, with a huge range of bright exciting colours for the items themselves: Greens for the environmentally friendly elements, brown for durability, orange for the exuberance… once again, you get the idea!

Bearing in mind that only two of the five pairs created are still available for sale, it’s fair to assume that it was a great success.

Based on everything you’ve read here, it’s hard to deny that The Power of Colour is something that no one can ignore, especially those whose job it is to get a reaction from an audience.

So, if you only take one thing away from reading this, here it is: Colours are powerful, consider yours carefully!!